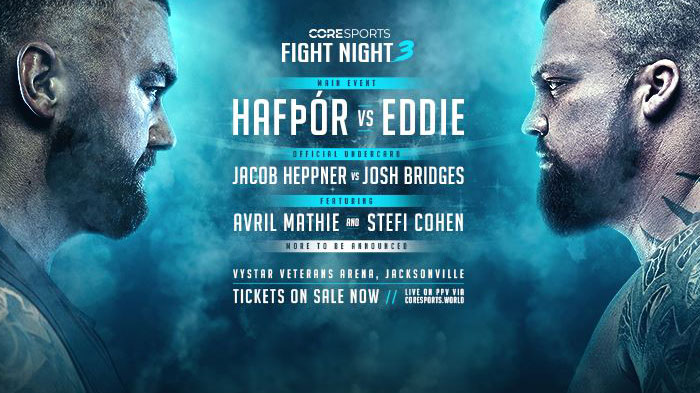 Join us at the VyStar Veterans Memorial Arena for an unforgettable display of strength, power and combat.

Friday the 17th: World’s Ultimate Strongman & Strongwoman featuring the biggest and the strongest athletes in the world go head to head in battle

Saturday the 18th: Coresports Fight Night, the epic showdown between the world’s strongest men Eddie “The Beast” Hall and Hafthor “The Mountain” Bjornsson as they take to the boxing ring for a brutal six-round, long time coming grudge match!

Don’t miss out on this epic weekend right here in Jacksonville!